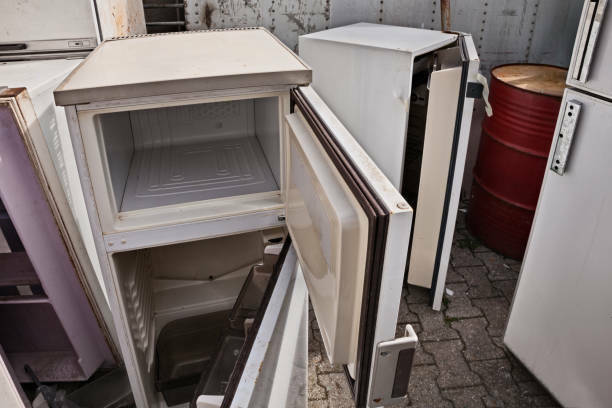 In the UK, almost 3 million refrigerators are destroyed annually (and a further 3 million are bought). The average lifespan of a refrigerator is estimated to be 11 years, however many of them are still in use after more than 20 years. Many of the materials found in refrigerators are extremely damaging to the environment when disposed of away improperly.

How to Dispose it Appropriately?

Here are some appropriate disposal methods for old refrigerators for homeowners:

First and foremost, assuming your old refrigerator is still functional, consider donating it to a friend, neighbour, or member of your family. Moreover, a number of websites, including Freecycle, are devoted to the reuse of functional equipment. Your appliance might be of interest to some second-hand merchants if it’s in decent shape. A local newspaper ad, a listing on Facebook Marketplace, a listing on a regional website like Gumtree, or a listing on eBay might all be used to sell it yourself. These approaches may provide challenges, such as making transportation arrangements for large goods and possibly allowing a stranger into your home to take up the item. It’s also important to remember that the vast majority of refrigerators still contain materials that could be dangerous if handled improperly.

If you’re up for it and have a transportation method that works, you can carry your old refrigerator to your neighbourhood civic amenity site or HWRC for free disposal if you’re feeling strong. However, make sure to check in advance whether your HWRC site takes refrigerators as not all do.

A service to remove the old fridge when the new one is delivered may be offered by the shop if you’ve purchased a new fridge. For the service, plan on spending an extra £15–£30.

Your local government is required to provide a collection service for your old refrigerator as a resident. The great news is that local authorities often don’t charge too much for this service, but the bad news is that you’ll need to carry the refrigerator outside yourself before collection and that response times are often quite long (typically at least a week or two).

#5. Look For a Collections Waste Company

As an alternative, you can speak with a specialised waste removal business like Jettison Express to get your refrigerator removed. The advantages of hiring an expert like us include our quicker response times than the local authority, the ability to collect from inside the home, and the fact that we handle all the processing on your behalf. For the removal of a household refrigerator as a standalone item or as part of a bigger collection.

Be careful of someone asking a lower price because disposing of refrigerators actually costs garbage contractors a fair amount, therefore cheaper prices likely signify incorrect disposal. In any case, ensure to confirm their proper licencing with the Environment Agency and ask for a Garbage Transfer Note outlining your collection and specifically stating the waste removed was a fridge in order to maintain your Duty of Care.

What Dangerous Materials Are There In Refrigerators?

Chlorofluorocarbons (CFCs) or Hydrochlorofluorocarbons (HCFCs) are found in the insulation and/or refrigerant of the majority of refrigerators manufactured before 2000. Human-produced CFCs and HCFCs are made of carbon, fluorine, chlorine, and hydrogen. Before it was found that the CFC molecules were being broken down by Ultra Violet (UV) radiation and producing a chlorine atom that was reducing ozone in the atmosphere, they were widely used in aerosols, freezers, and solvents because they were non-toxic and non-flammable. Increased levels of dangerous UV-B radiation enter our planet as a result of ozone depletion. An international agreement (the Montreal Protocol) was so signed to eventually stop their production.

#1. How to determine if my refrigerator has any dangerous ingredients?

If your refrigerator was built before 2000, it is very possible that the insulation foam or refrigerant includes Ozone Depleting Substances (‘ODS’), such as CFCs or HCFCs. A plate identifying the maker, model, serial number, and refrigerant type must be attached to your refrigerator. The most common codes include:

R12 = CFCs made use of as a refrigerant

R134a = HFCs used as a refrigerant

What Laws Should Apply To Homeowners Getting Rid Of An Old Fridge?

The following 3 major pieces of legislation control the disposal of refrigerators:

#1. Duty of Care – All homeowners getting rid of rubbish (not only old refrigerators!) have an obligation of care to make sure it is disposed of appropriately under the Waste (Household Waste) Duty of Care (England & Wales) Regulations of 2005. In reality, this means that you must either a) transport it to a certified waste facility (such as a nearby civic amenity site) or b) make sure that any third party you hire to remove the waste is registered with the Environment Agency as a waste carrier and provides you with a duly filled-out Garbage Collection Note for the collection. If your garbage is improperly disposed of, a breach of your duty of care is a crime that could result in civil liability.

#2.. Removal of ODS –All refrigerated units that include Ozone Depleting Substances (such as CFCs and HCFCs) must have these ODS removed in a controlled way before the appliance is disposed of according to EC regulation 2037/2000. Failure to follow these rules might result in a fine of up to £2,500 and legal action.

When A Fridge Is Recycled, What Happens To It?

If you choose one of the above-mentioned responsible disposal methods and your refrigerator isn’t donated for reuse, it will eventually be sent to a facility that recycles refrigerators. Regardless of whether it includes CFCs or HCFCs, an average refrigeration unit is recyclable to the extent of over 95%. A sealed atmosphere is used to dismantle refrigerators so that any Ozone Depleting Substances can be securely removed. Plastics, ferrous and non-ferrous metals, and foam are among the items that are physically separated from the remaining components into different product streams for recycling or reuse. Here is a more thorough explanation of what happens:

#1. Following the separation of the compressor from the refrigerator, some compressors can be used again. Oils and gases are extracted under a vacuum, and CFC gases are separated from the oil using ultrasonics.

#2. The insulating foam from the refrigerators is broken down as it is ripped in a nitrogen-filled environment, releasing CFC chemicals.

#3. The insulating foam from the refrigerators is broken down as it is ripped in a nitrogen-filled environment, releasing CFC chemicals.

#4. A filter separates the insulation foam powder, which is then collected for disposal.

#6. CFCs can be eliminated by high-temperature burning after being separated from the nitrogen by cooling to -160 degrees Celsius.

We hoped that our explanation of “How to dispose of an Old Fridge In Scotland” was clear and that it helped you understand the fundamentals of doing so in an environmentally responsible way. 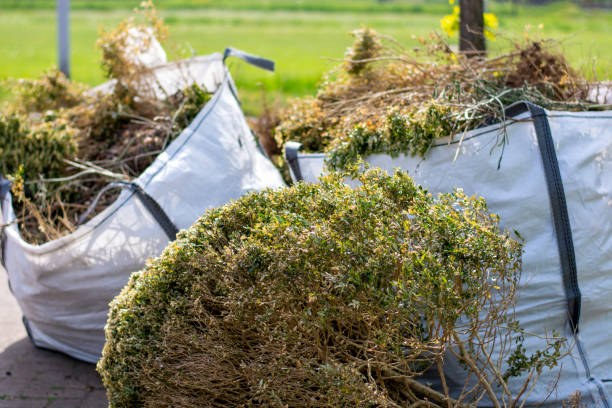 Will you be working in your garden a lot? Here are some helpful tips for garden garbage removal if you need to get rid of the rubbish as affordably and effectively as you can. #1. Segregate The Green Waste Not all garden rubbish can be recycled, but the garbage is much less expensive to dispose… 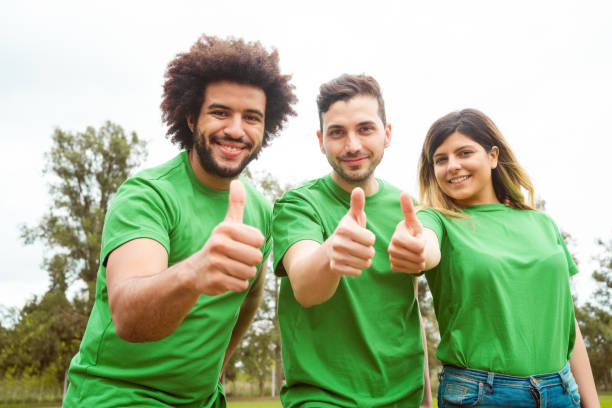 While recycling, repurposing and being mindful of your waste in the home can all contribute to living a greener life, there are other ways you can make a difference that goes beyond your own front door. We at Jettison Express have compiled our best advice for living sustainably while travelling, so whether you’re planning a… 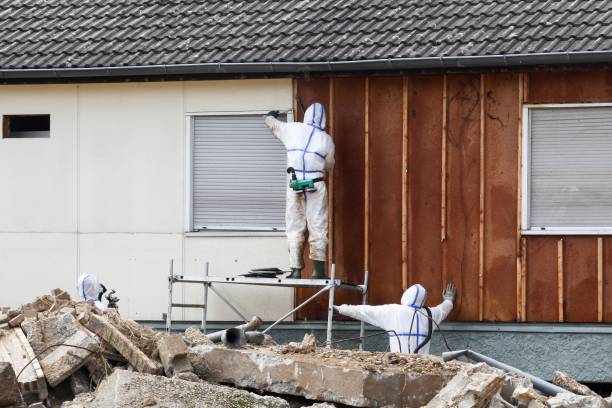 Homeowners are already terrified just by the use of the term “Asbestos.” However, if you’re unfortunate enough to find asbestos in a building, getting rid of it is quite easy if you know what you’re doing. Our best piece of advice on how to properly dispose of it is provided below. #1. Handle Asbestos Disposal Carefully… 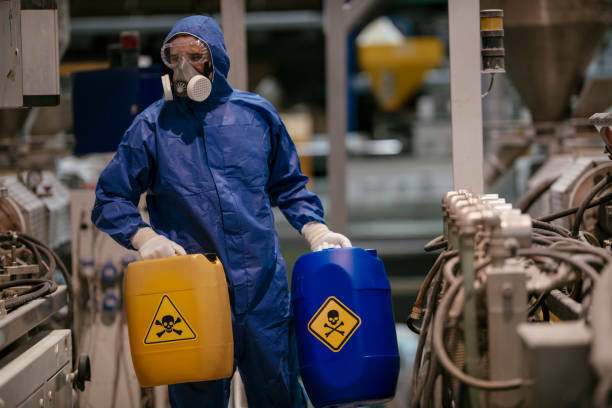 There are many difficulties associated with disposing of chemical waste. This is a complicated problem with serious repercussions if you get it wrong because of these difficulties. These consequences go beyond the potential harm a leak or spill can do; in fact, the authorities have the power to penalise polluters with large fines that have… 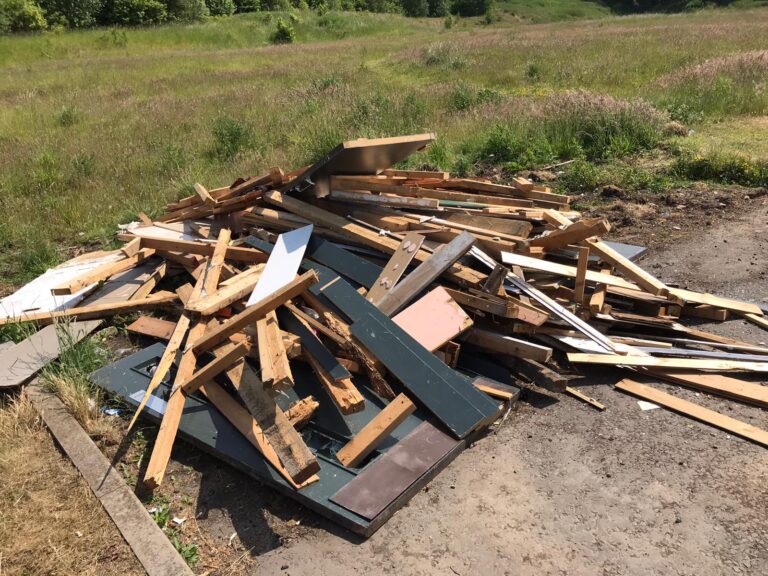 Home clearance company offers a wide range of services. A professional house clearance service could save you money, stress, and time for a variety of reasons, including the necessity to prepare a property for new tenants or the need to relocate a business. There are many benefits of using a waste collection company rather than…

Perhaps getting rid of clutter isn’t your top priority right now, but one day it will be, just like Christmas. Here are the top 5 “Junk Removal Events” in people’s lives, according to our research.  #1.Separation or Divorce When a couple splits up, there is usually a small clear-out that follows. According to the song,…